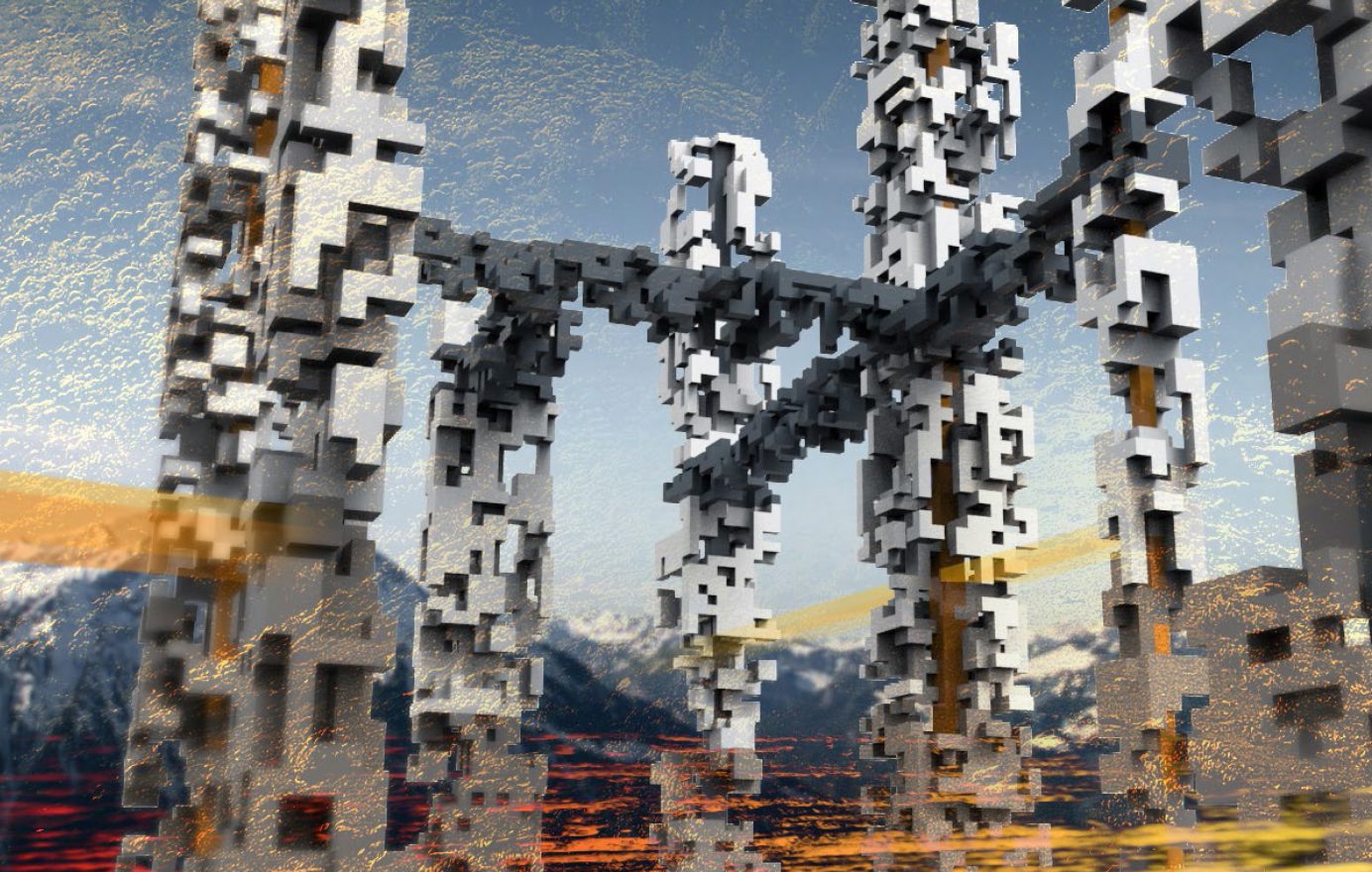 ‘The architect is no longer a designer of discrete objects, matter and space, but a designer of systems with complex components and multi-layered relationships, and we have started handling the scripts, but we are still very far away from thinking the protocols, from defining the definitions for the tools needed.’ LCW

The flesh of architecture in the twenty-first century is driven by a desire towards the optimal and grotesque at the same time. The ultimate beautiful and performative, the unforeseen and magical; finding its foundations in the mathematical forms and abstract manifestations developed by biologists, physicists and mathematicians. The field of architecture now is an alloy of programming, data mining, digital tooling, art and science. The question of how to embed this development on a local, regional and global scale within the discipline of architecture, within its genealogy still remains open and is part of a global contemporary discourse. It is an evolution from clear boundaries towards blurry boundaries of post-human, post digital and almost non-disciplinary topologies in form of a cybernetic causal development beyond the evolution in technology, human-machine interface, advanced material sciences, construction methods, new ways of communication and socio-political configurations.

CITC VI engaged with this question by applying its key instruments of observation, analysis and transfer combined with computational tools.
We revisited UTOPIAS, socio-political visions developed during previous centuries (starting from Boullee to Archizoom, Team10, etc.) and radically transfer our findings to our current noo-topian age of data-mining, real-time mapping and open-source mega-structures made of bits. Noo-Topias developed in CITC VI reflected the ‘new’ brain of architectural design methods and relationships to its cultural context.

Starting points were:
– Der Rechnende Raum by Konrad Zuse. He states that the universe is the result of calculation determined by a singular cellular automata, 1936 (Zuse, 1970)
– Thomas More’s ‘Invention of Utopia’, 1513
– Etienne-Louis Boullee, 1728 – 1799

“The natural and artificial environments will merge, enabling the built environment to become integral to the very shaping of our planet’s future. A new form of designed artifacts interacting and evolving with natural forces through pervasive computing and artificial intelligence. The self-organizing process is known as autotectonics.” (Frazer, 2012) 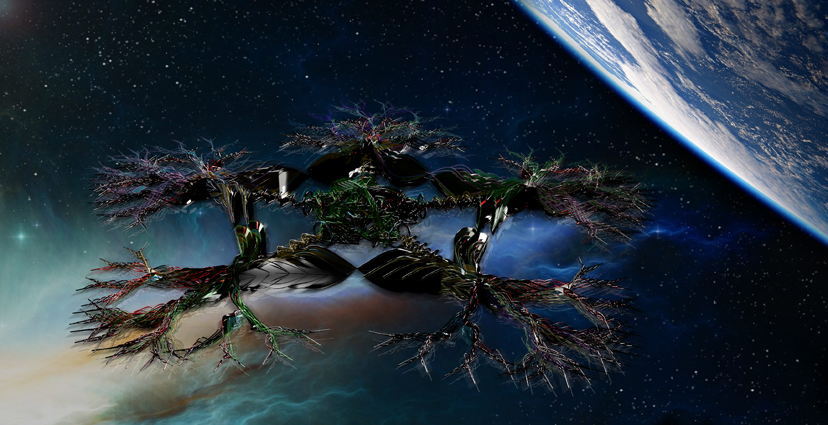 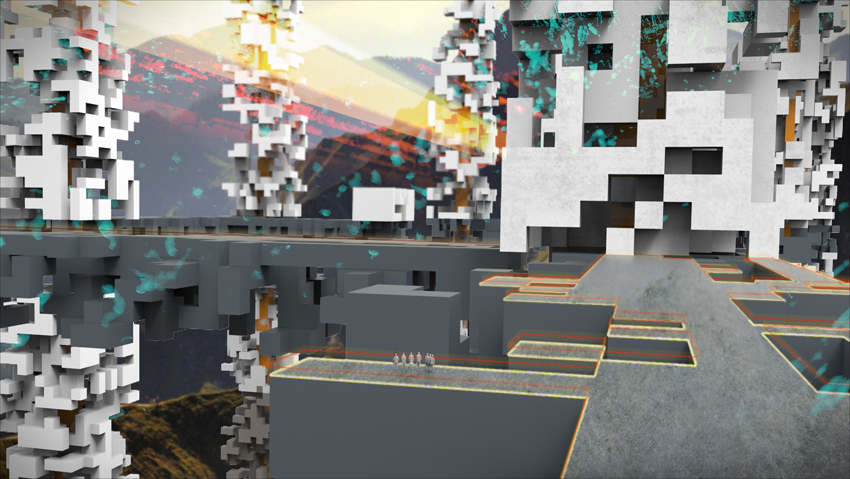 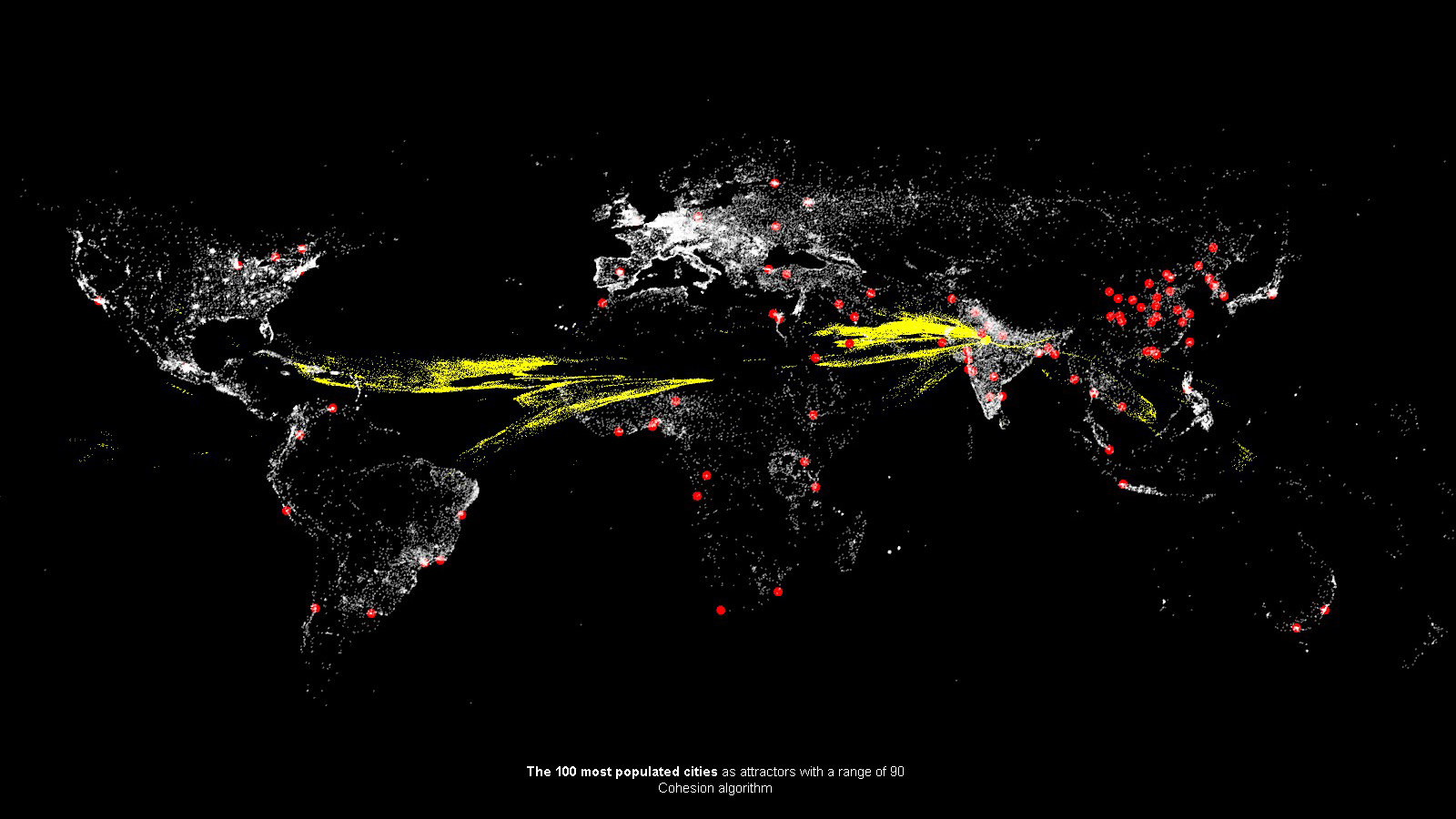 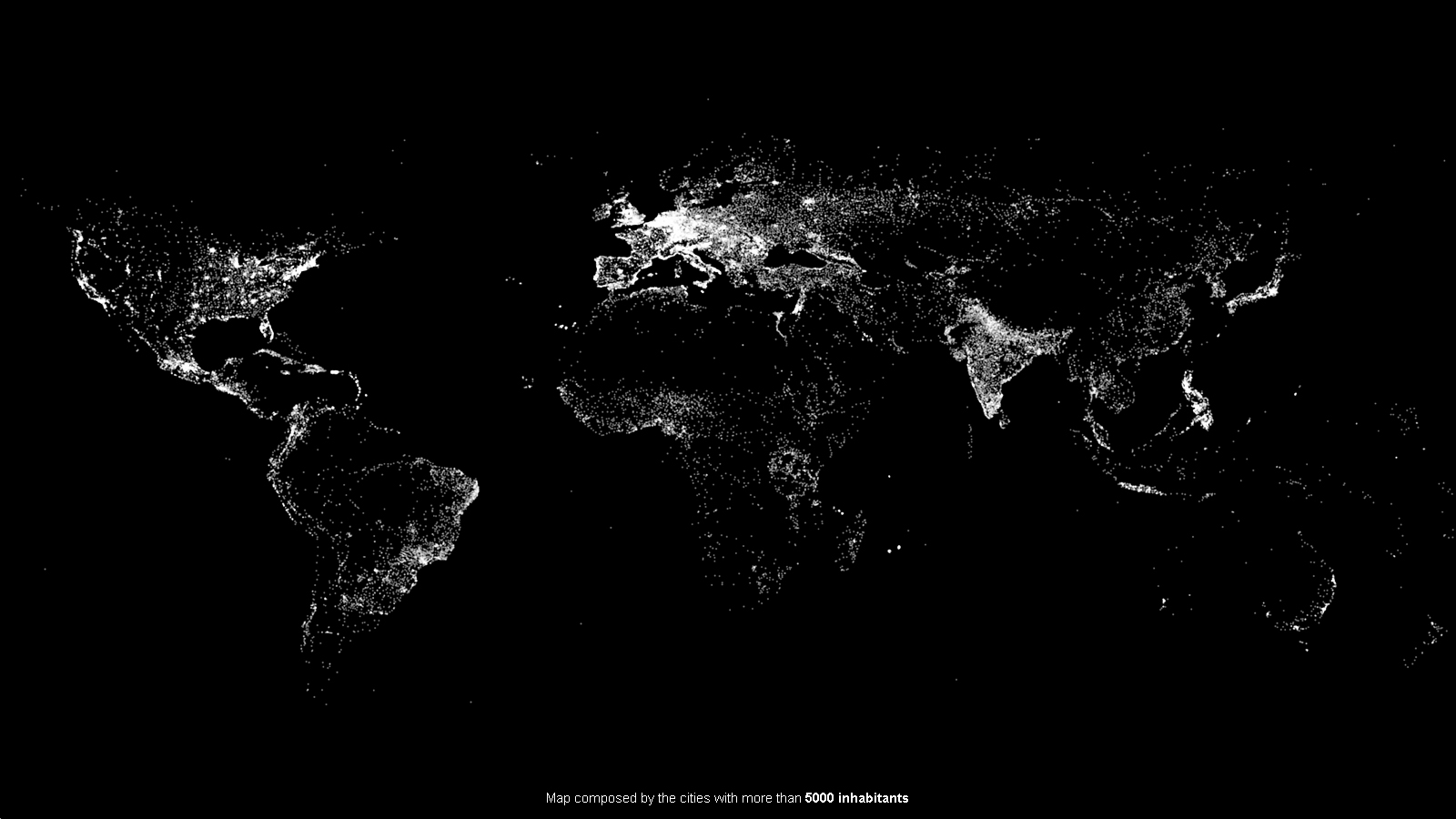 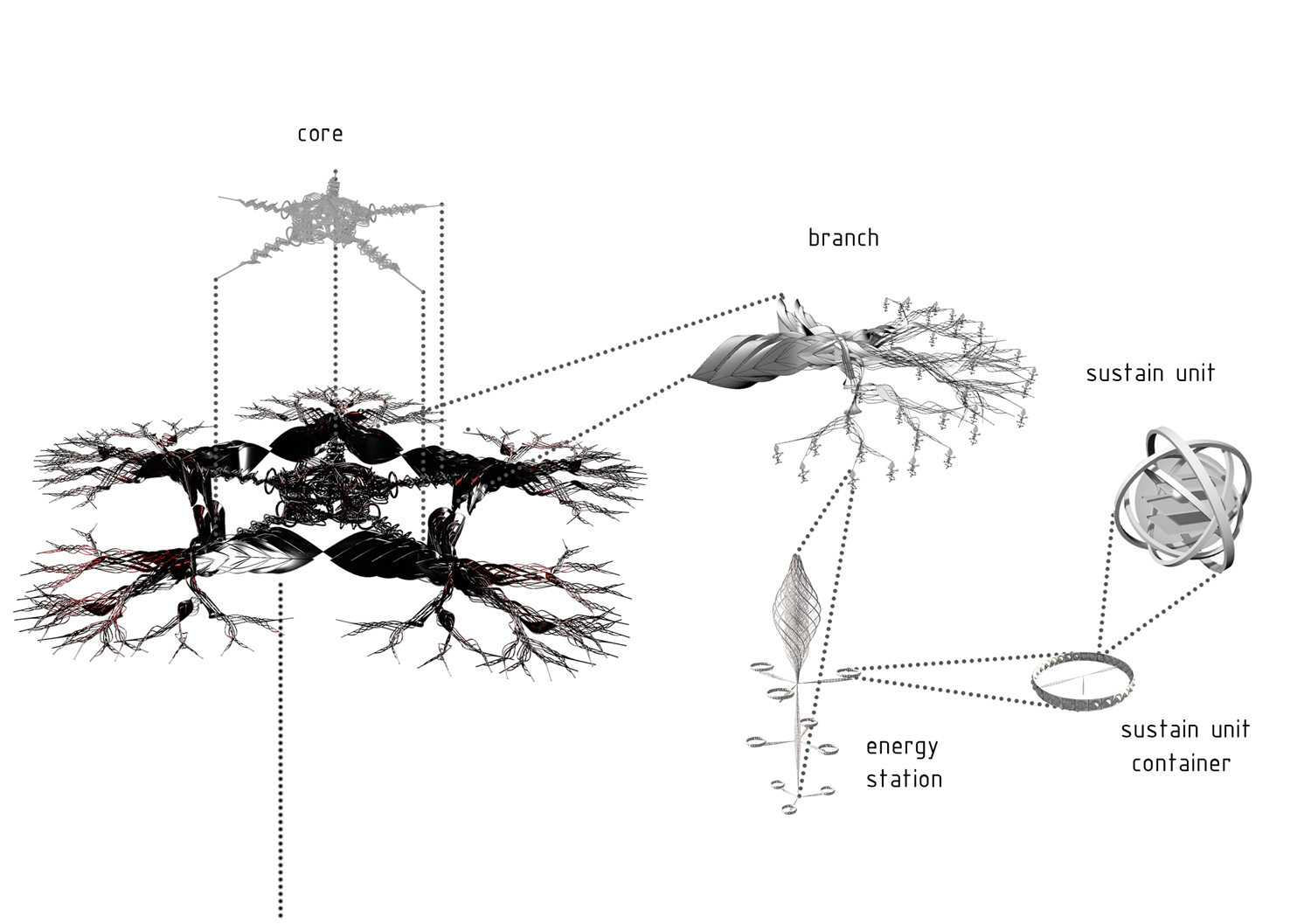 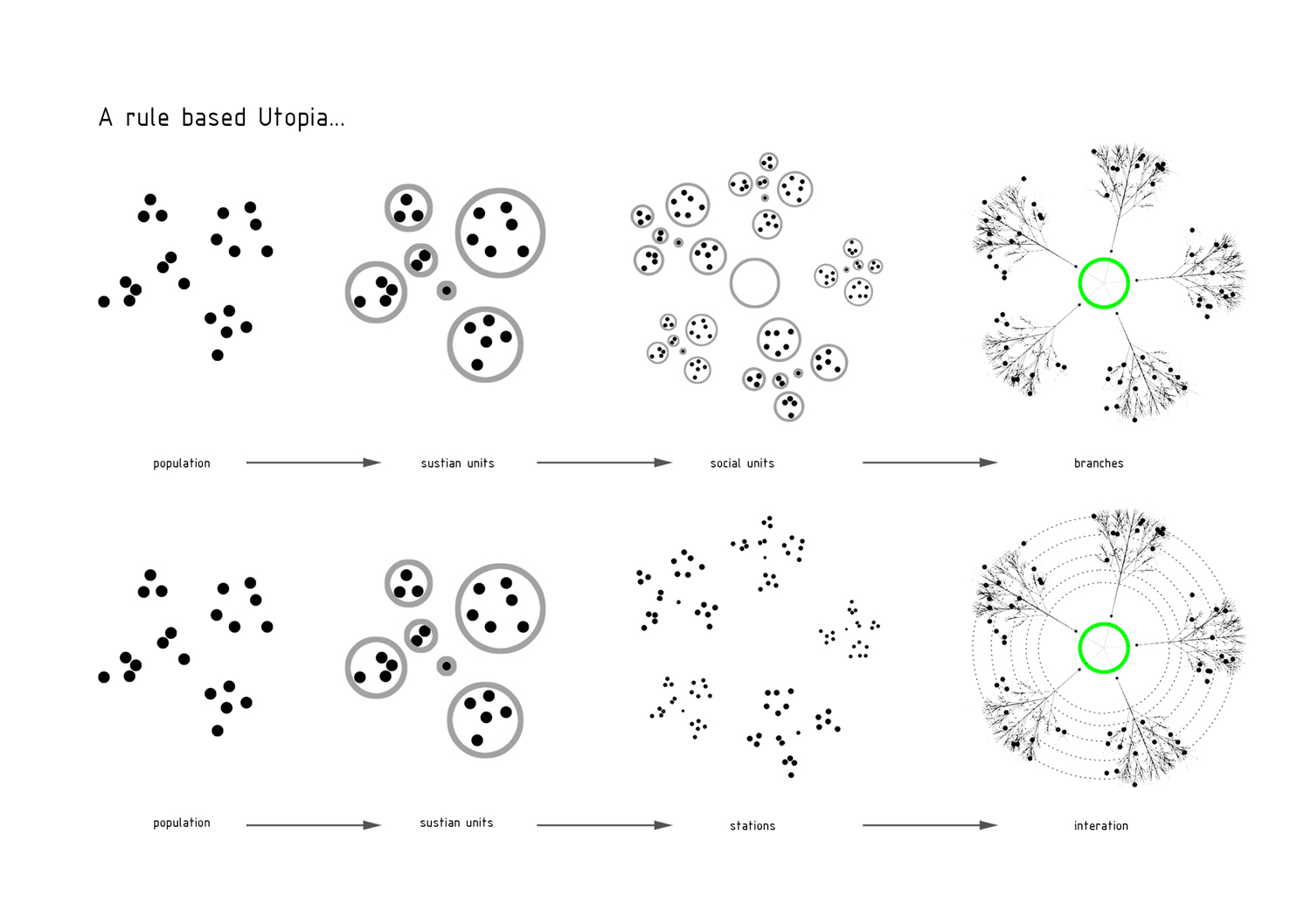 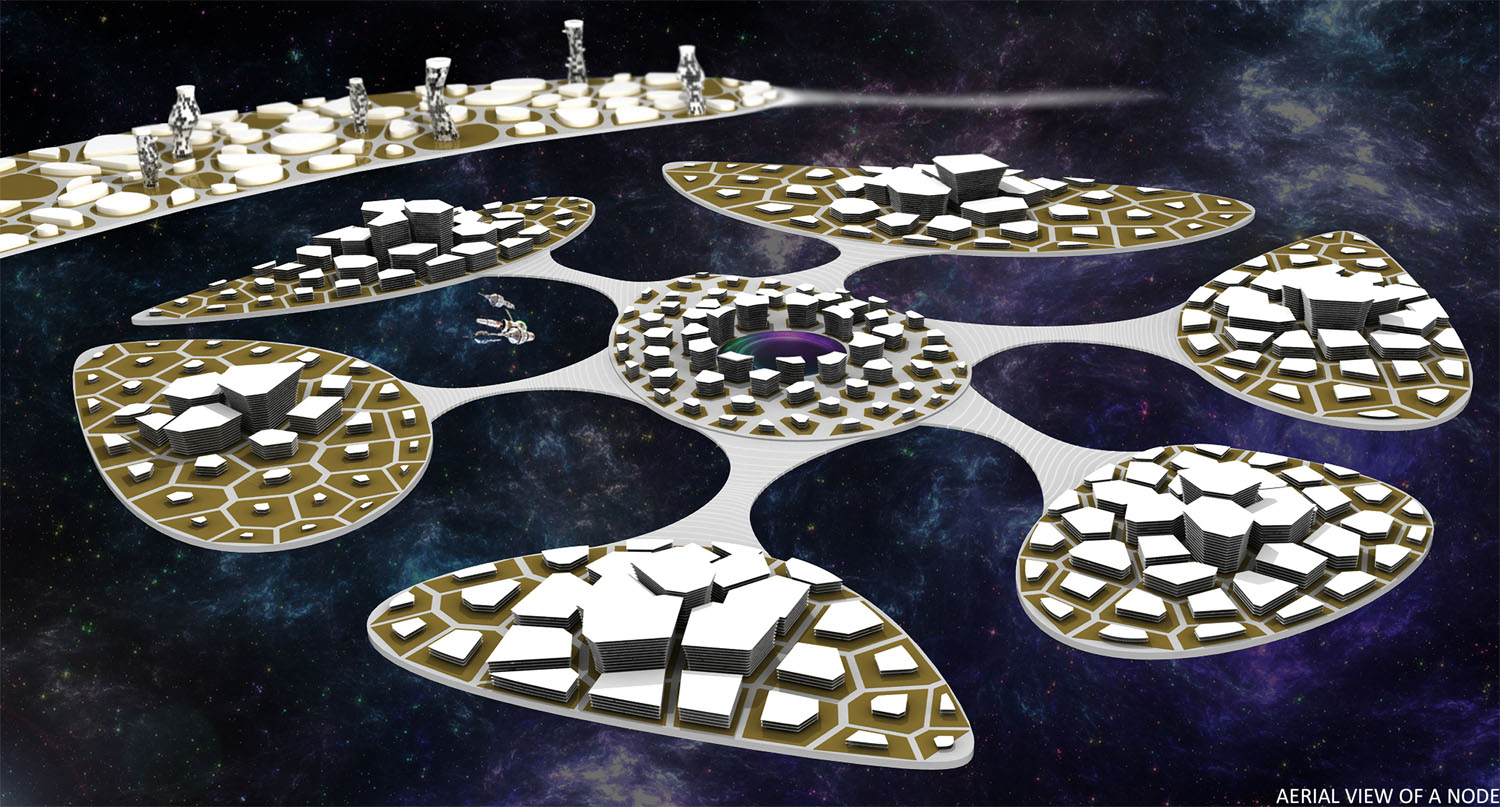 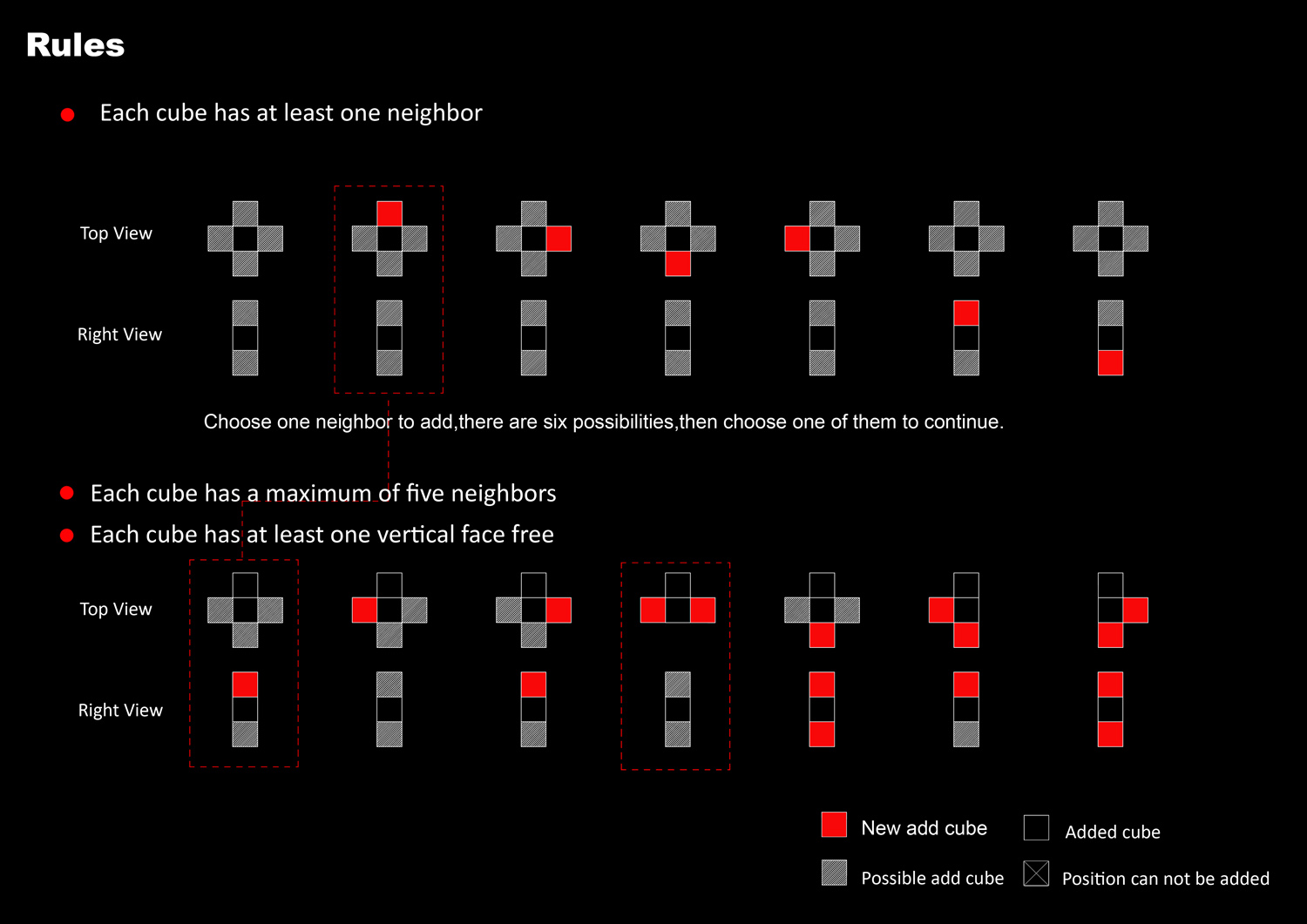 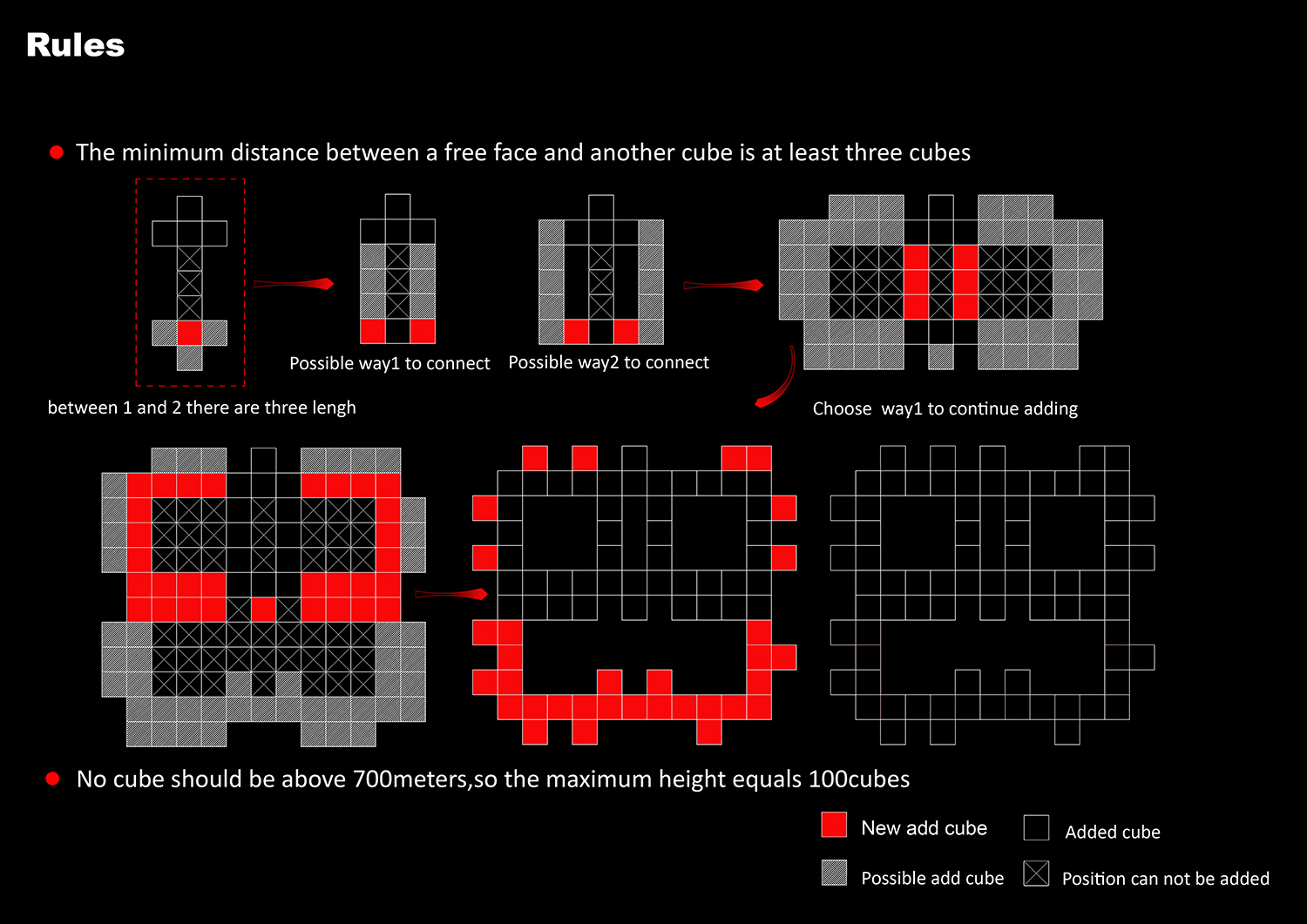