StigMergic Scape suggests a future conception of space as difference-reality, where the boundary of virtual and physical blends. It describes an argument to construct and rethink architectural spatial logic. Future residential and economic concerns are focused on to define the city scape as generic growth pattern. Activities are analyzed within the existing industrial area and reformulated as connecting network of nodes, eventually turning into a series of fluid potential-spaces.

The idea of the Maribor urbanism is based on a new conception of space and living in future as difference-reality, where the boundary of virtual and physical reality blends. It describes an argument to construct and rethink architectural spatial logic in 2112, living environment where people are concerned about creativity of life, accommodation, leisure and economic activities. Multi-layered networks as activity areas are generated as self-organizing entities based on rules & information of programmatic concerns. Each individual location attracts certain urban activities (business or residential), which are simulated by moving agents, acting according to swarm behaviors in a 3D urban context. Swarm behaviors allows for the possibility of emergence, based on the precise calculation of agents and densities of places. The dynamic generation of multi-layered networks is reflected in the StigMergic logic of the city growth. Design rules were extracted from future programmatic concerns of activities. Rules and demands of the StigMergic Scape is a limitless surface with space for an evenly distributed population. The urban environment consists of activity nodes that have particular distance to another and exist in an interrelated system. This is suggesting evenly distributed resources, like communication, like buying & selling goods of daily life, living in a connected environment. Consumers visit the nearest activity node that provides the function of demand. They minimize the distance to be travelled. This results in the emergence of an activity network formed through various levels of hierarchy, with nodes / centers to supply particular types of goods. Hence agents operate to self-organize the program through a process of StigMergic growth. 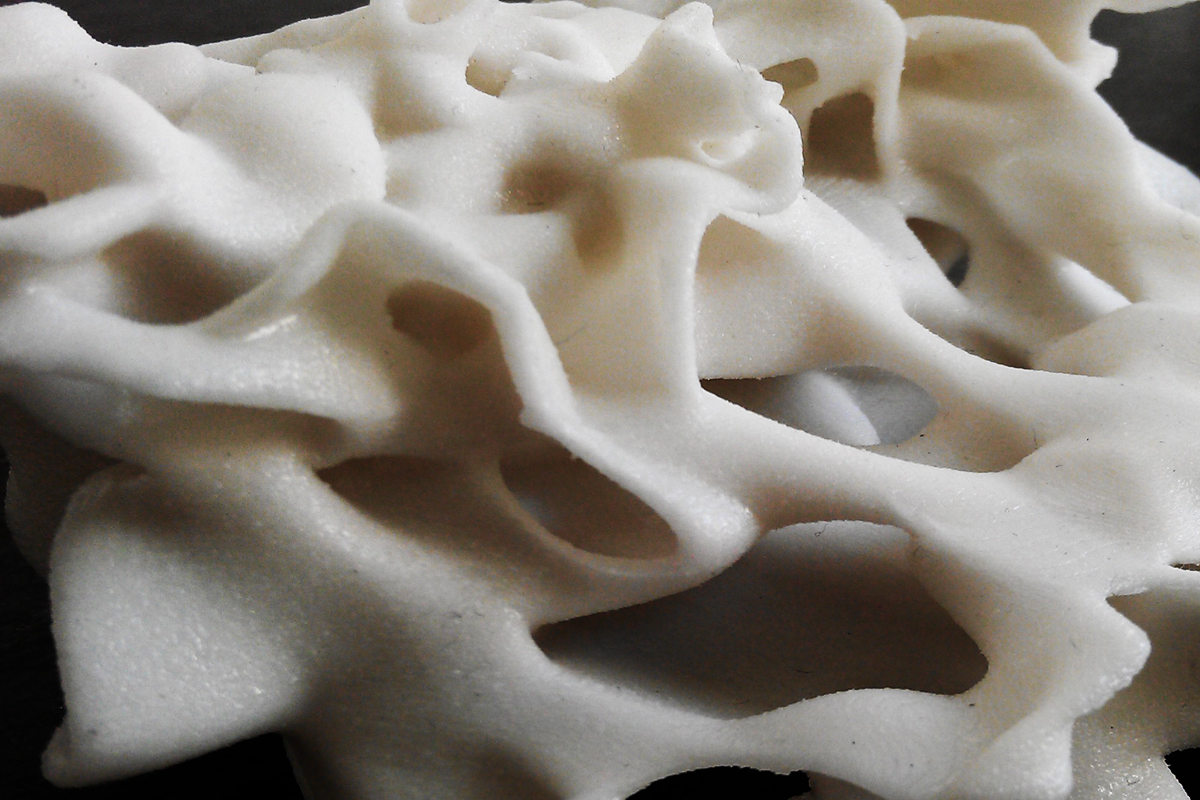 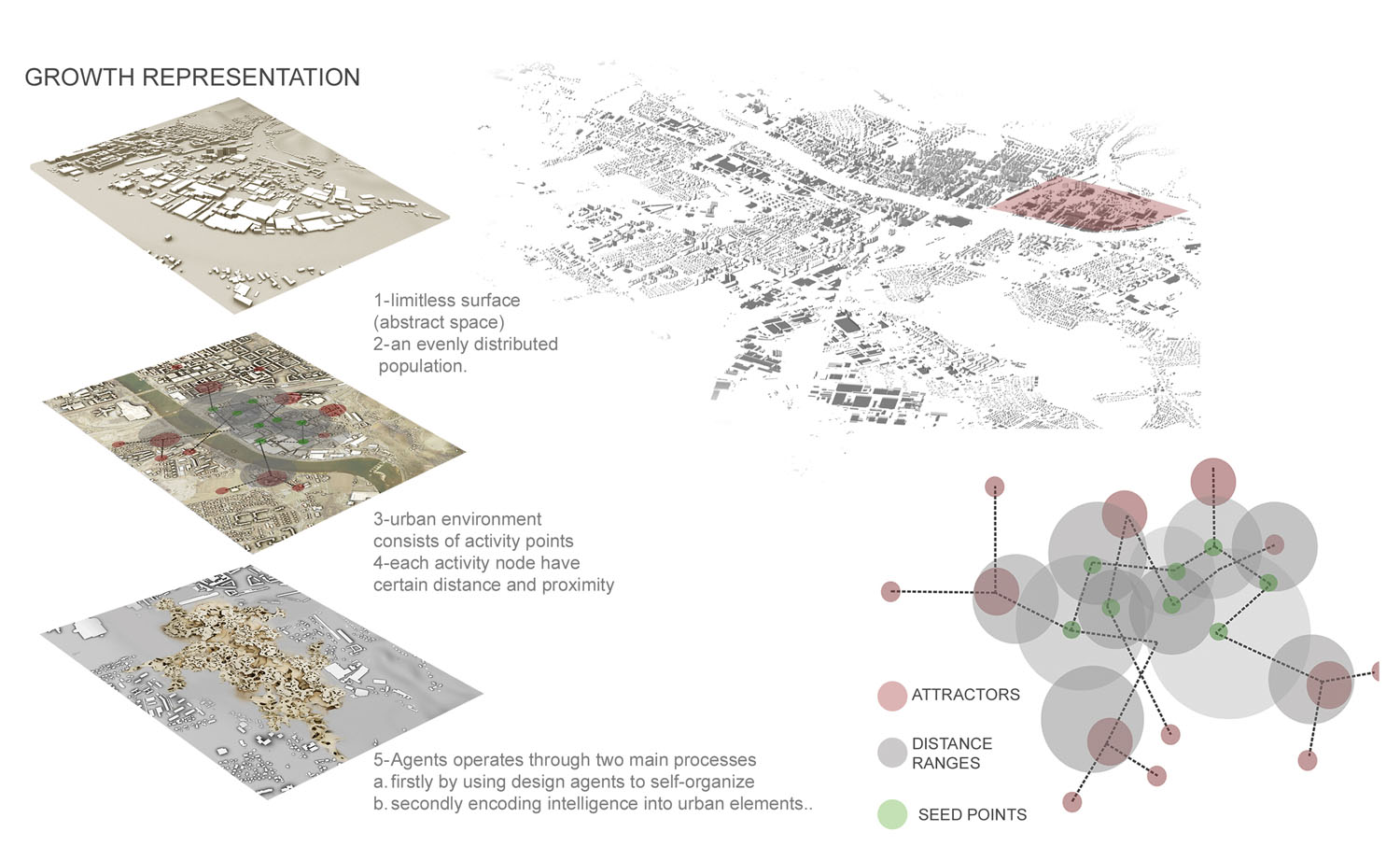 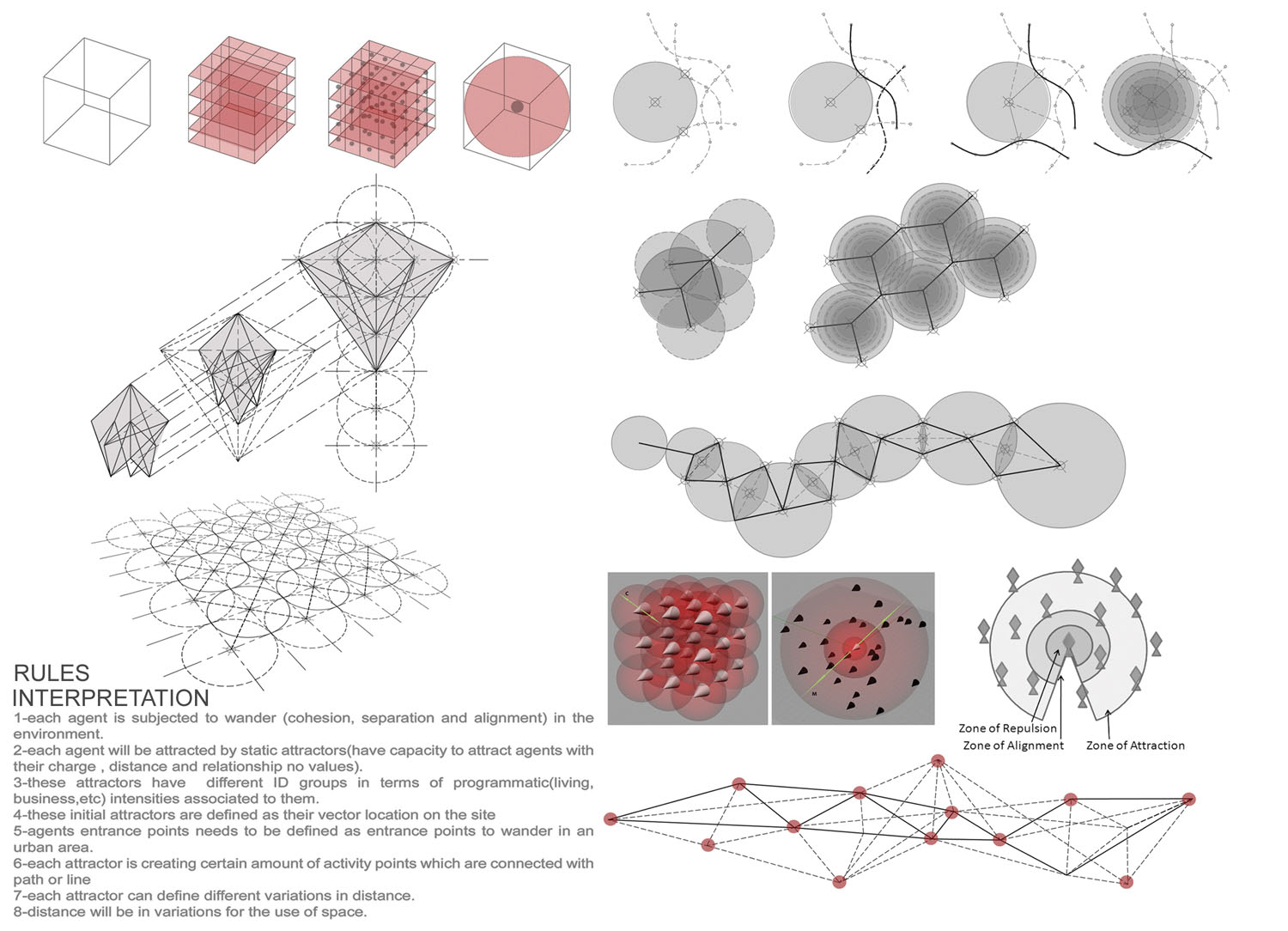 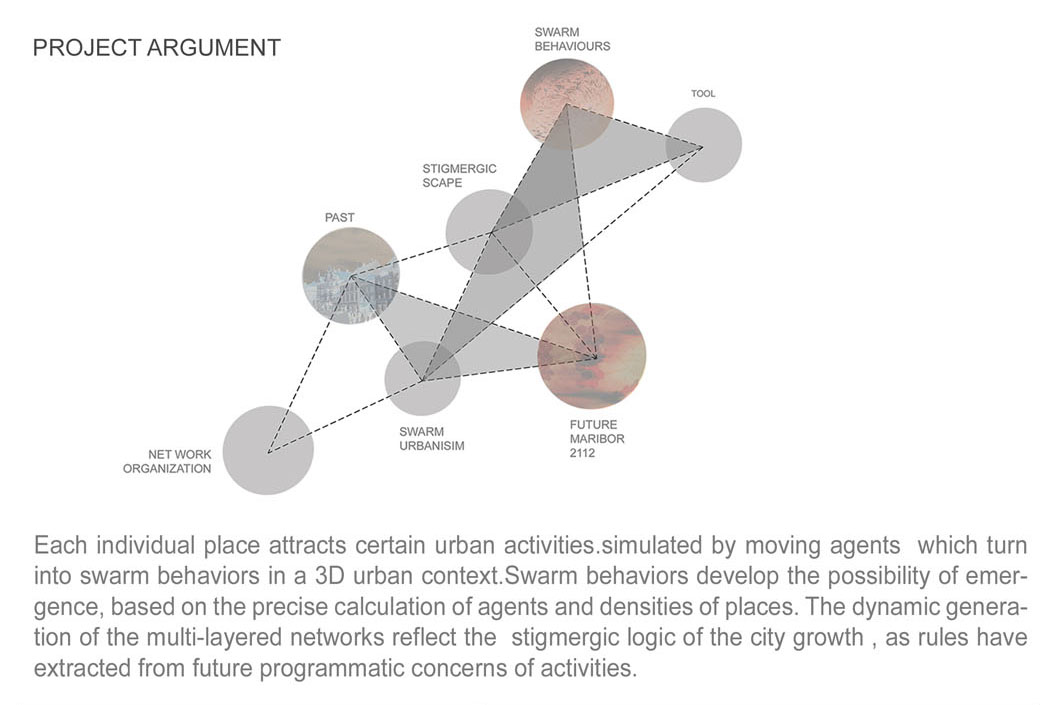 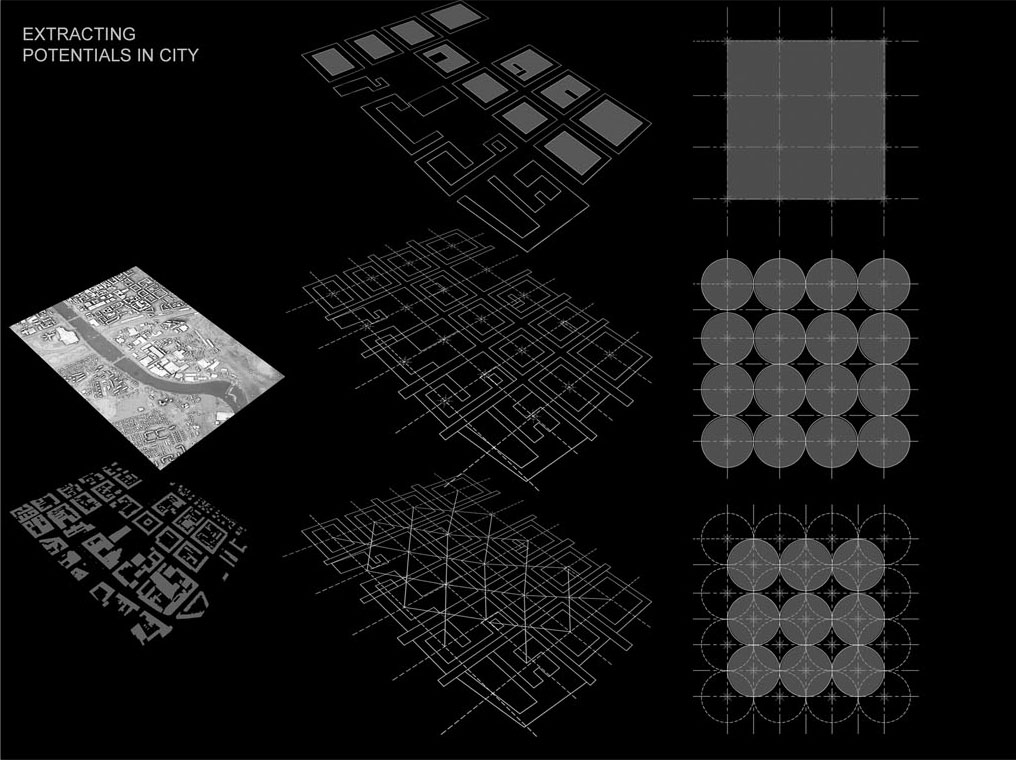 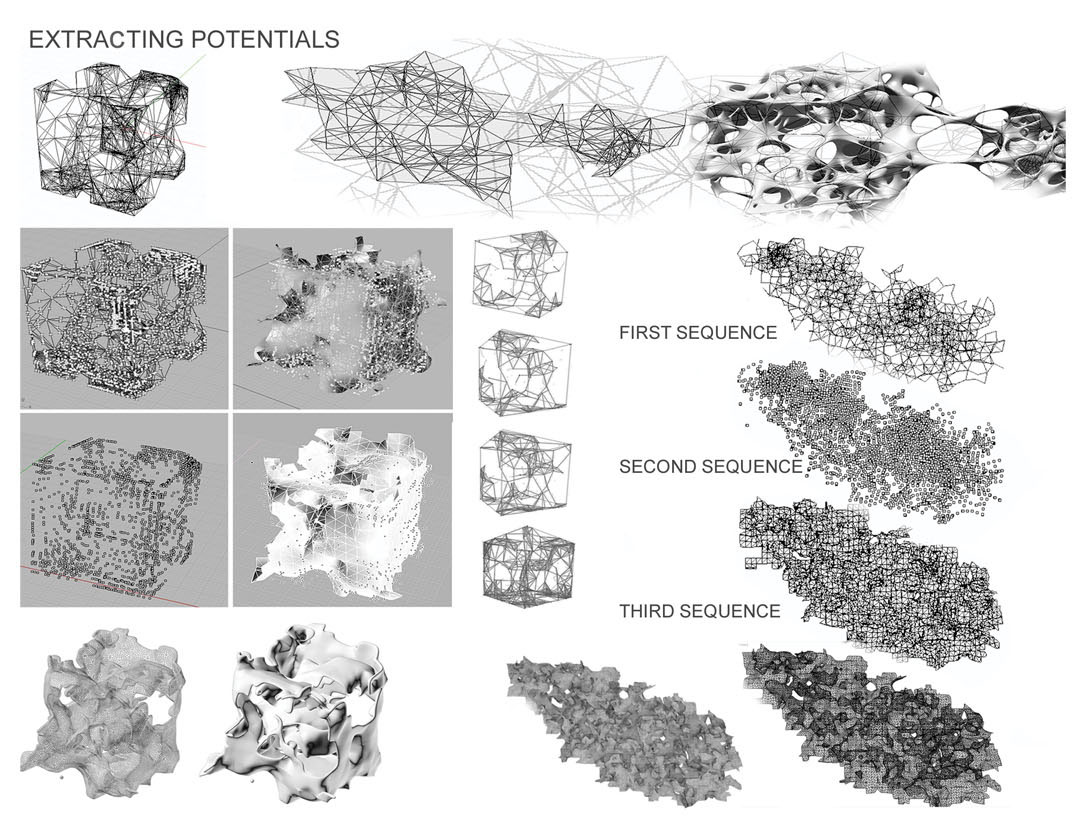 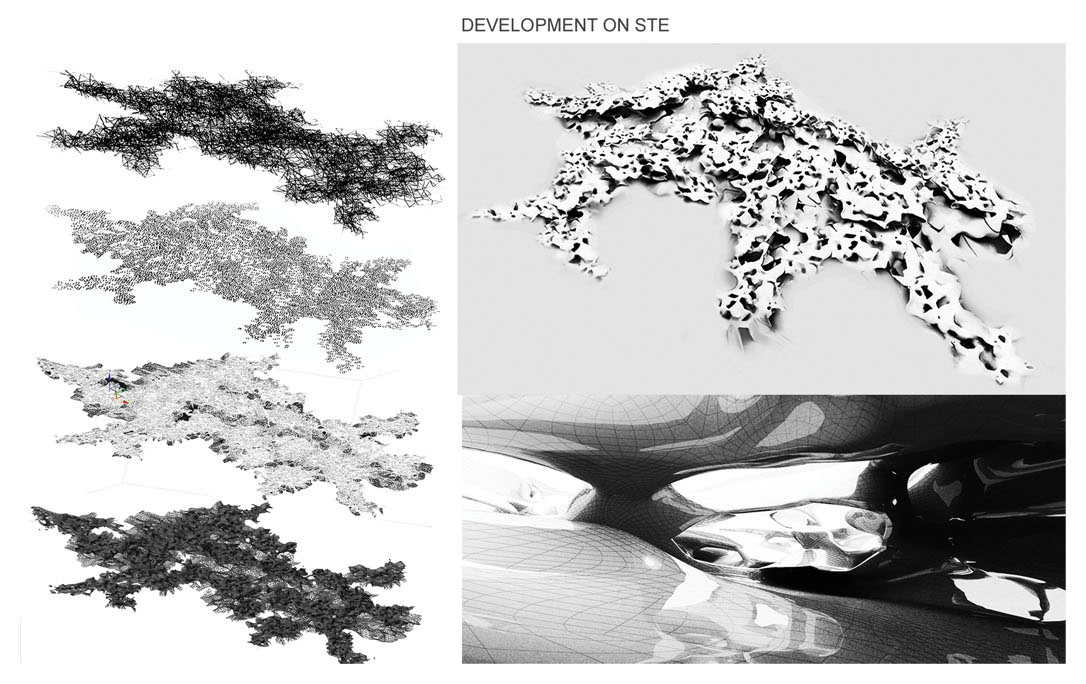