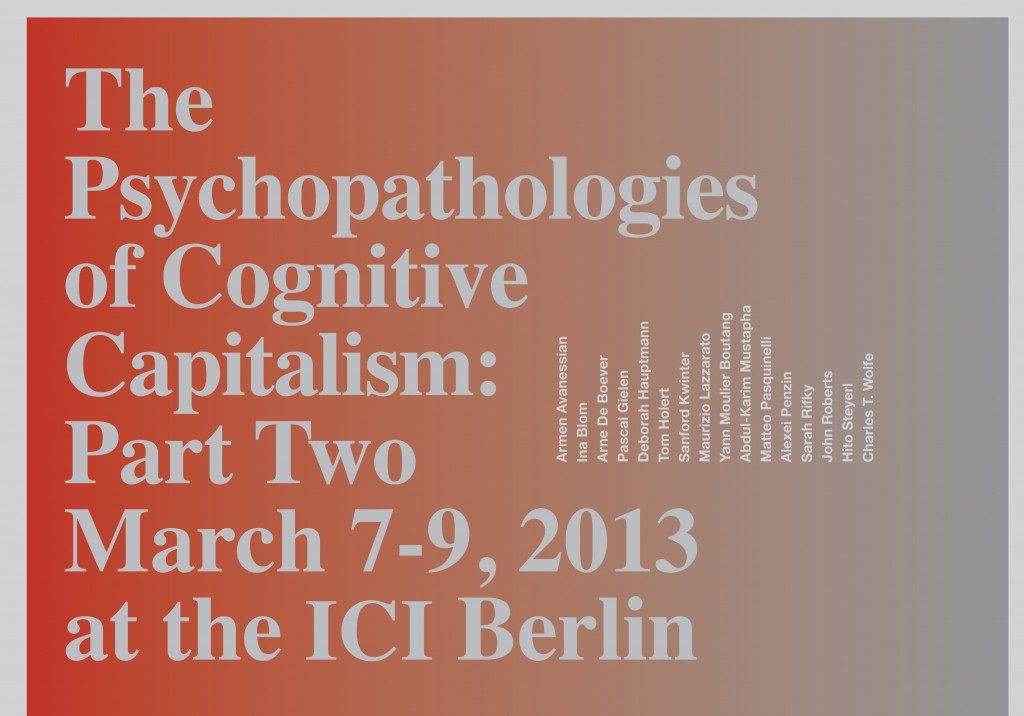 Abstract:
We are writing the year 2013. Information is a desire and the form of communication. Desire is an extension of the brain. Communication seemingly combines heuristic operations in design development, and reaches beyond thermodynamics. 65 years ago, Wiener’s ‘Cybernetics’ is published, the Macy Conferences now titled ‘”Circular Causal and Feedback Mechanisms in Biological and Social Systems.” are in their 3rd year and following Neumann’s findings relating to the Ergodic Theorem, his Cellular Automaton is on its way. In the meantime ‘Baby’, the Manchester Small-Scale Experimental Machine, runs its first program and the ‘Turing Machine’ becomes the driving force for further development. In 1969 Gordon Pask writes in his ‘Architectural Relevance of Cybernetics’: ‘The cybernetic theory can also claim some explanatory power insofar as it is possible to mimic certain aspects of architectural design by artificial intelligence computer program (provided, incidentally, that the program is able to learn about and from architects and by experimenting in the language of architects, i.e. by exploring plans, material specifications,[ …]’.

‘A*cognitivist Architecture – A Cybernetic Note Beyond Parametricism’ introduces first steps towards a cultural theory that discusses common ground between agent-based behavior through mechanisms of programming and coding cultures, the issue of form as a verb and not a noun as well as a strong bias to the concepts of fractals and Riemannian Manifolds, called ‘Neurotecture. Neurotecture in itself relates to a multi-ordered cybernetic model drawing from Bateson’s thoughts on ‘Difference’ and George Spencer Brown’s ‘Laws of Form’, 1969. A*cognitivist architecture epigenetically extends Maturana’s ‘Autopoiesis’ towards a living organism and open organization of architecture in itself as model and material alike, acting through and upon a dynamic, complex multi-agent system, as described in Deleuze’s ‘Fold’ on one hand, and in the age of immaterial material, cognitivist capital, and computational means of information [ex]change and exaggerated through Baudrillard’s ‘Simulacra and Simulation’. The flesh of architecture in C21 is driven by a desire towards the optimal and grotesque, the ultimate beautiful and performative, finding its foundations in the manifestations by Wiener and Ashby. The desire incorporates biological and cognitive behavior, encoded in a virtual asymmetry of statistical mechanics as operation of radical constructivism and Eigenform within a space that we ones called Cyberspace.