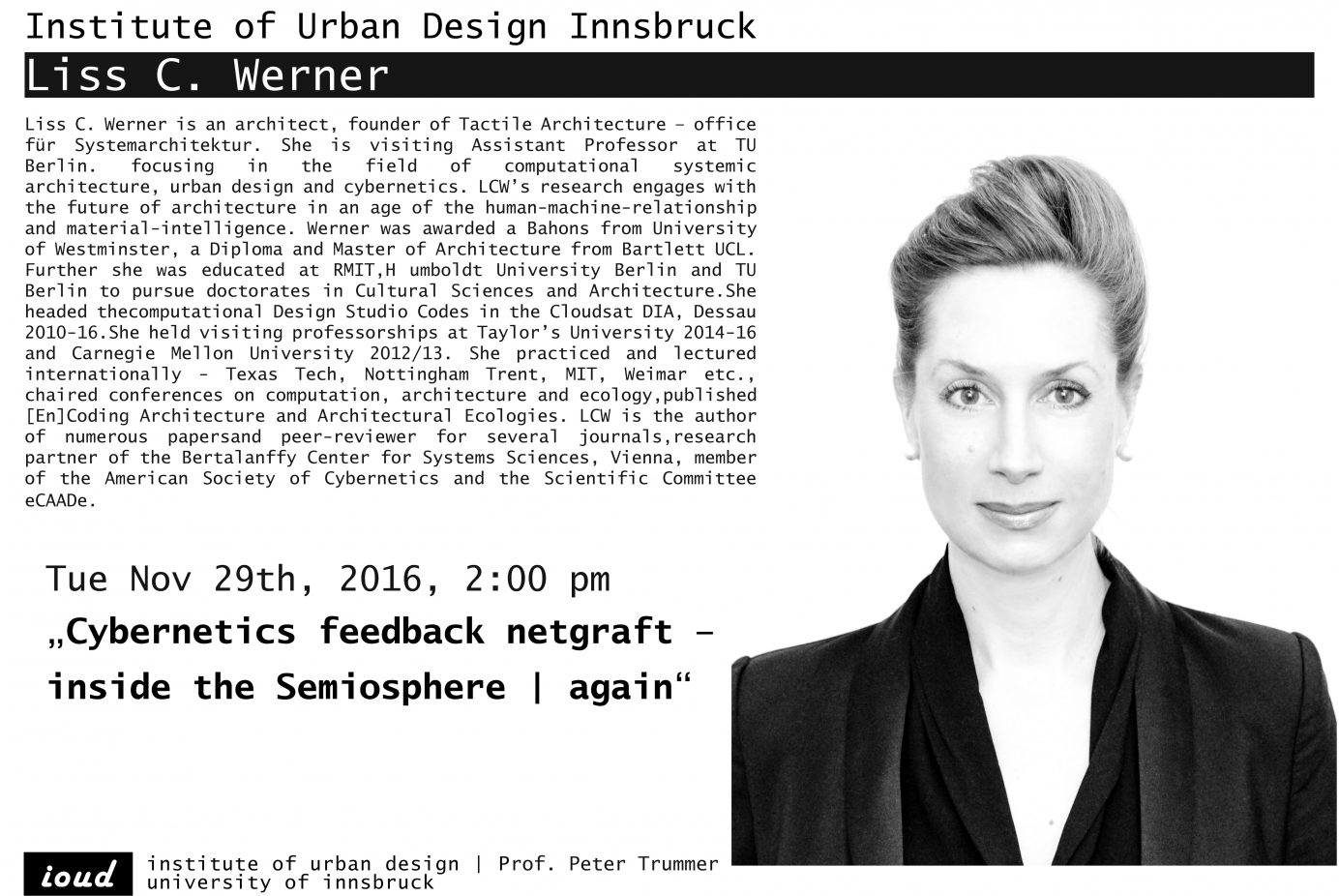 Thanks to Prof. Peter Trummer, Institute for Urban Design, for inviting me. The lecture investigates the creation of architecture using digital means through a lens of overlapping knowledge spaces and interactions – mainly by instrumentalizing the Internet with its multitude of open source and information source locations.

[…] Cybernetics had its high and lows, its heydays and its falls. Throughout the decades of the 20th century it was nourished, treated well and raised from a tool for controlling warfare to a magic wand for regulating the complex and the unknown. Cybernetics, the study of systems based on circularity, decoding and encoding of information, rises from the ashes as black box encapsulating the DNA of feedback and a foundational tool-kit for mastering the art of the unpredictable. […]

[…] The act of designing is not only influenced but, and I claim, governed by a networked interchange, exchange and mutation of information, of code. In terms of architectural design, I may even relate to this particular phenomenon as involuntary architecture driven by the design of cybernetics – as in systems and living feedback constructions – and the cybernetics of design.