The Tempelhof airport building as an incubator to address Berlin’s housing crisis.

The former Tempelhof airport building is like a theatre set in search for a strong play and its characters. It is one of the largest buildings in Europe and sets the scene for the most symbolic urban jewel in town: Tempelhofer Feld. But the world’s first metropolitan airport has not yet found its new purpose. Since its closure in 2008, the listed building has been at the core of debates regarding future usage. Library, fashion shows, music festivals, a museum installation on the rooftop, refugee accommodations – are a few of the temporary solutions for the re-invention of the megastructure but the question remains: how can an architectural program continuously fill the building with life? “City Lab – City maker” aims to design another stage of usage for the Tempelhof building with the goal to spread its impact all over the city. The task is to firstly, turn the building into a public design- site for the conception, prototyping, and show case production of modular construction systems and advanced digital manufacturing. Secondly, create new housing typologies, and other urban projects in the 60 newly declared sites for development in Berlin. 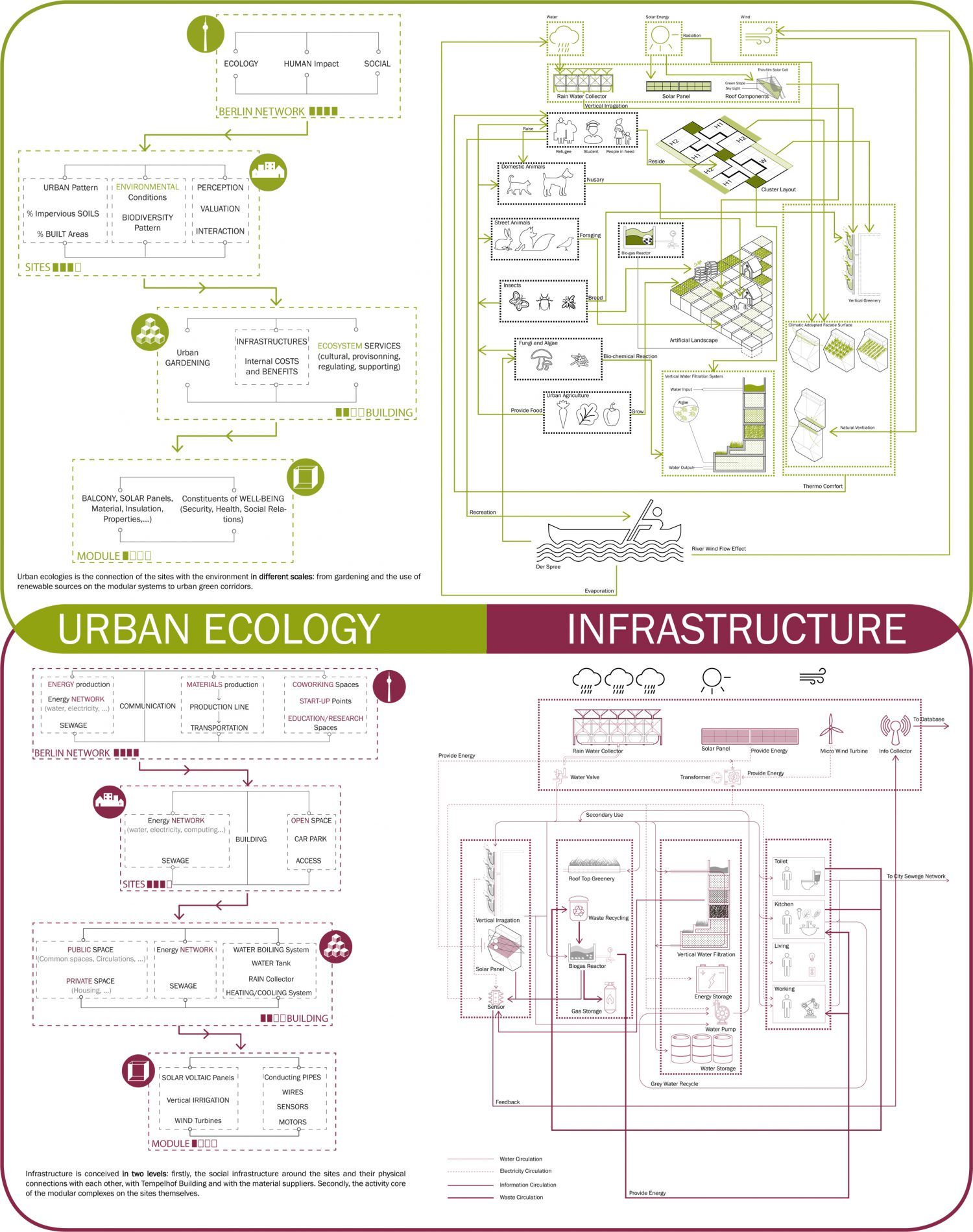