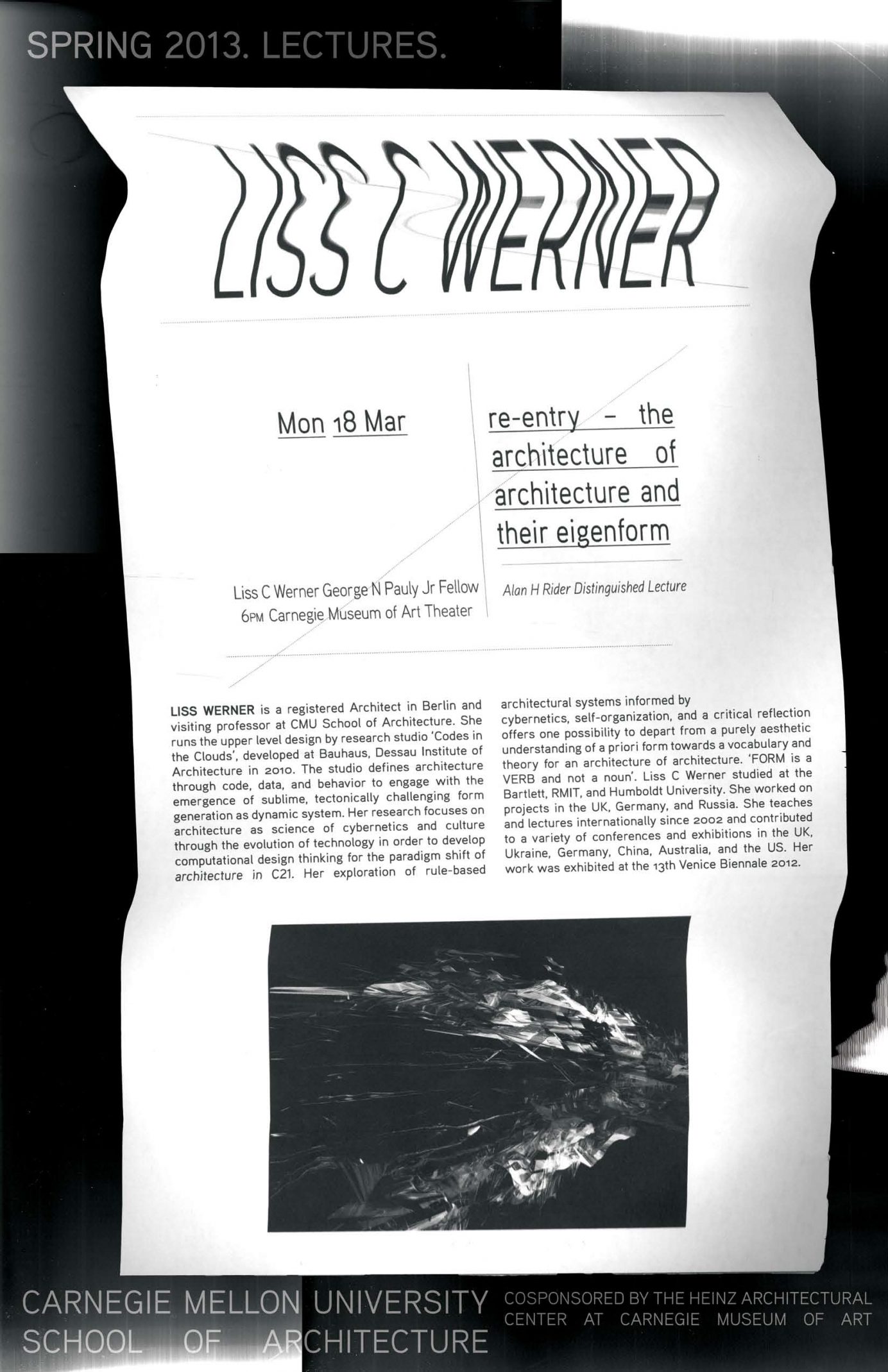 LECTURE AS PART OF CARNEGIE MELLON’S

The architecture of architecture introduces a discussion of the common ground between agent-based behavior through mechanisms of programming and coding cultures, the issue of form as a verb and not a noun as well as a strong bias to the concepts of fractals and Riemannian Manifolds. A theory that relates to a multi-ordered cybernetic model drawing from Gregory Bateson’s thoughts on ‘Difference’ and George Spencer Brown’s ‘Laws of Form’, 1969.

The discussion epigenetically extends Maturana’s ‘Autopoiesis’ towards a living organism and open organization of architecture as construction drawing (in converted commas) and material alike, acting through and upon a dynamic, complex system. A system akin to what Deleuze describes in the ‘Fold’ on one hand, and in the age of immaterial material, and computational means of information [ex]change, which in our perception is exaggerated through Baudrillard’s ‘Simulacra and Simulation’, on the other. Architecture is neurotecture.

The architecture of architecture is an investigation into an understanding and a form of recursive communication, a recursive re-invention or re-understanding of how we think how we decide and how we actually design and behave. […] Since the end of post-structuralism, in combination with increasing globalization, the fall of the iron curtain more than two decades ago, the rise of mobile communication technologies as well as the advent of computational techniques and instruments that assist design decision making, and still with a few remainders of wishfulness for aesthetic modernism in our souls.

Architecture has gone beyond the application of building but is informing other paradigms of our lifes. Iris van Herpen, e.g. as well as other designers between fashion and architecture are using techniques and understandings of material and structure as used in architecture. Similarities to Santiago Calatrava and the gothic principles as well as geometric configurations found in natural structures are visible. Geometric configuration is a result of information, an object carrying information derived from an algorithm. Structure becomes ornament and vice versa, derived through observation and analysis followed by application.