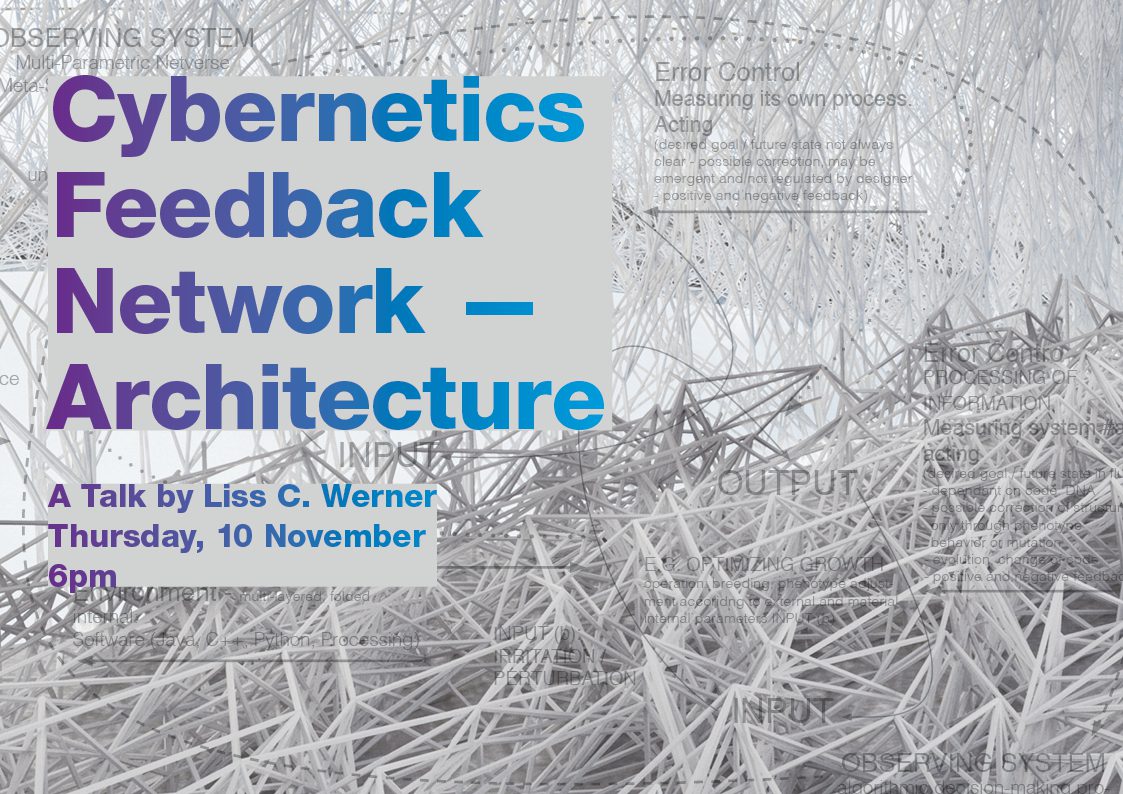 “CYBERNETICS is a young discipline which, like applied mathematics, cuts across the entrenched departments of natural science; the sky, the earth, the animals and the plants. Its interdisciplinary character emerges when it considers economy not as an economist, biology not as a biologist, engines not as an engineer. In each case its theme remains the same, namely, how systems regulate themselves, reproduce themselves, evolve and learn. Its high spot is the question of how they organize themselves.” (G. Pask, 1961)

During the last decades, architecture has changed its role from a tool for objectification to a process of relation and observation. Steering the design process in contemporary computational architecture through and with a variety of dynamic, semiospheric – or through code – interconnecting agents affords a re-framing, re-viewing, and re-designing his or prescribed pattern. ‚Cybernetics feedback network – architecture’ is a talk on cybernetics as instrument for understanding and programming computational principles. It hovers between theories and models, a digital utopian laboratorium and practice of architecture.