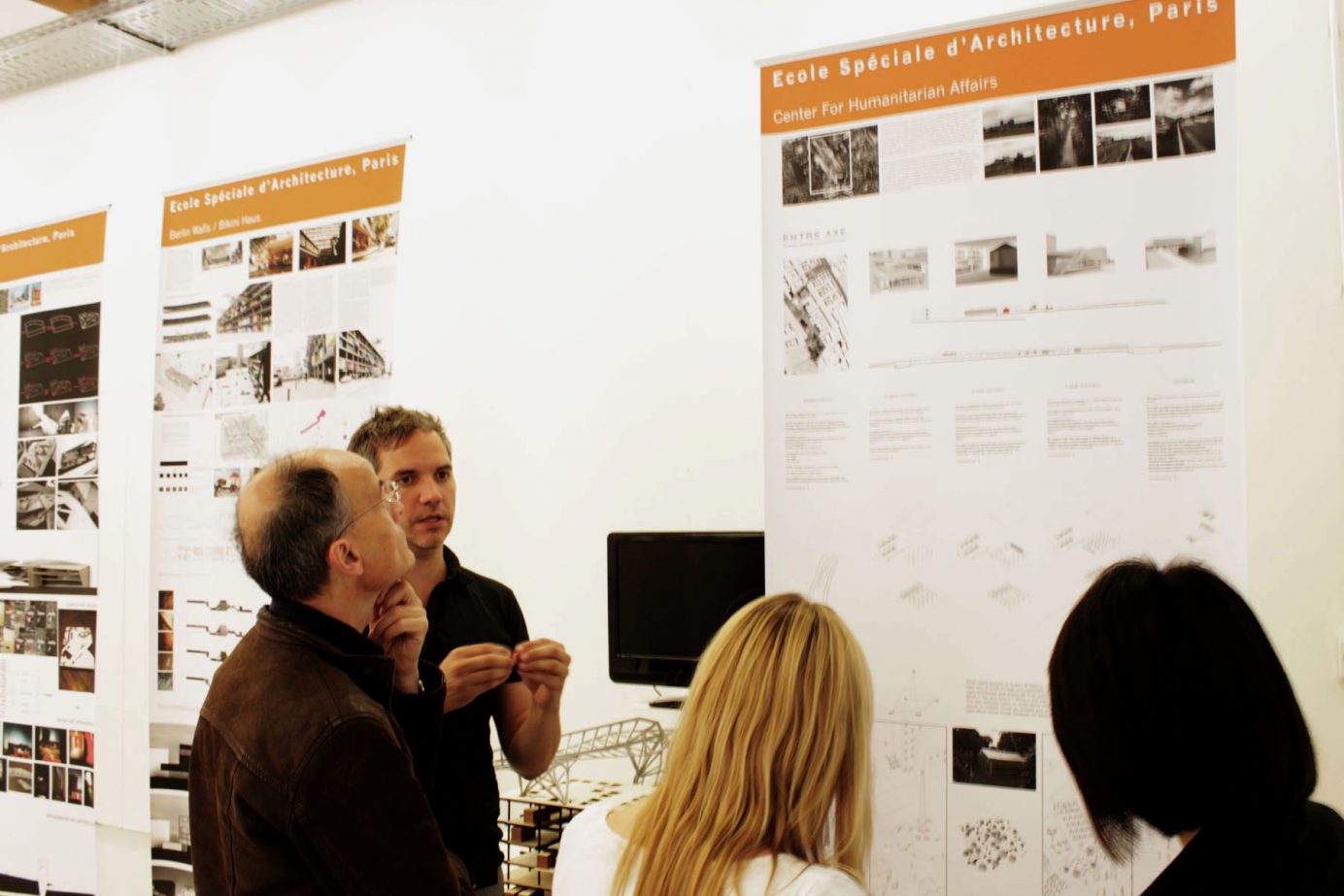 The event was part of the studio ‘Creative Quarters’ at DIA, that dealt with the emergent pop-up of informal spaces out of ‘nothing’. The studio researched how economical, social and political systems can be regarded as the code for human behavior. The event brought all five participating universities who previously undertook workshops at ANCB on themes relating to creative quarters, informal actions and temporary spaces and planning and guest critics together’to share the results of their respective workshops and discuss the scope and limitations of architecture in the creative cities agenda. In discussion with invited critics participating universities presented the achievements of their workshops – in design, and in general learning – and assist ANCB in having a thorough and honest exchange on these popular workshop topics. Together, we set out how this work can be built-upon in future workshops at ANCB, through a series of specific questions and associated outline project briefs.’ (ANCB website).
Exhibition: June 17th, June 20th, June 21st, 10am-6pm, ANCB 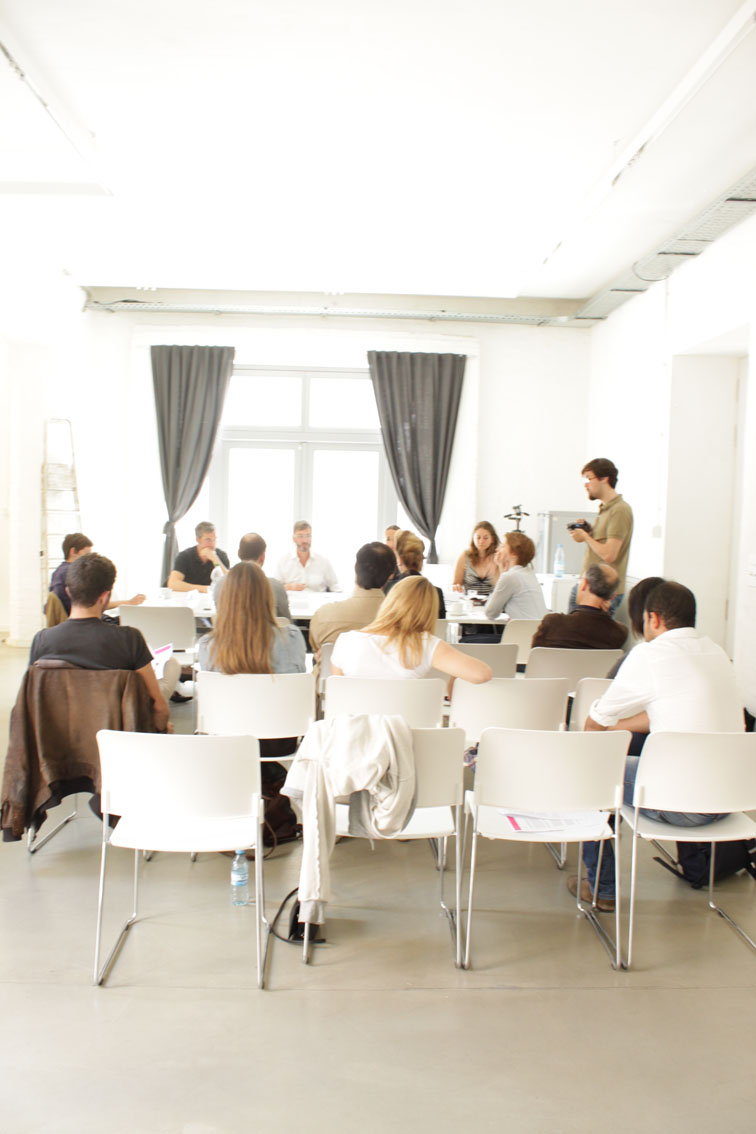 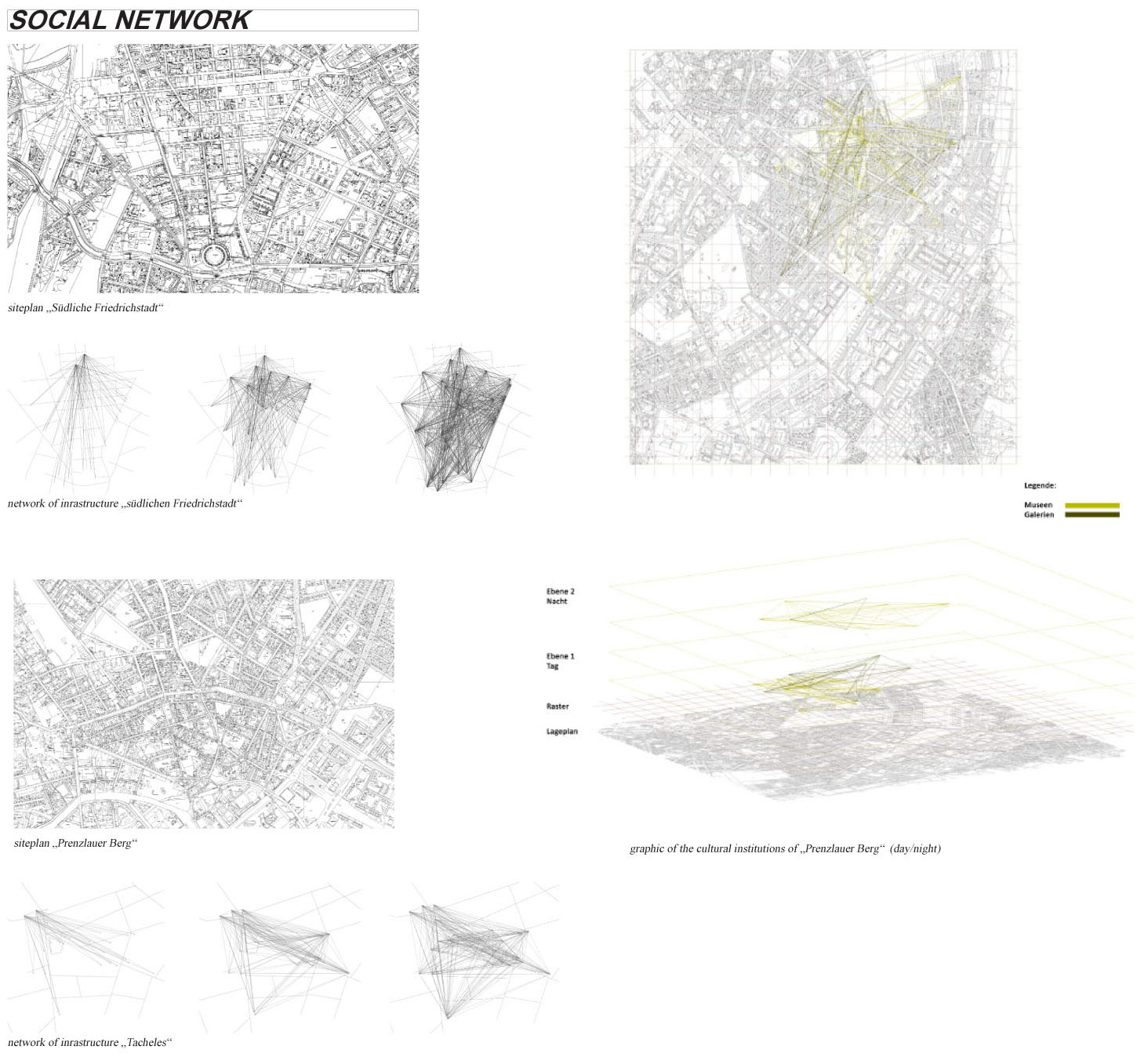 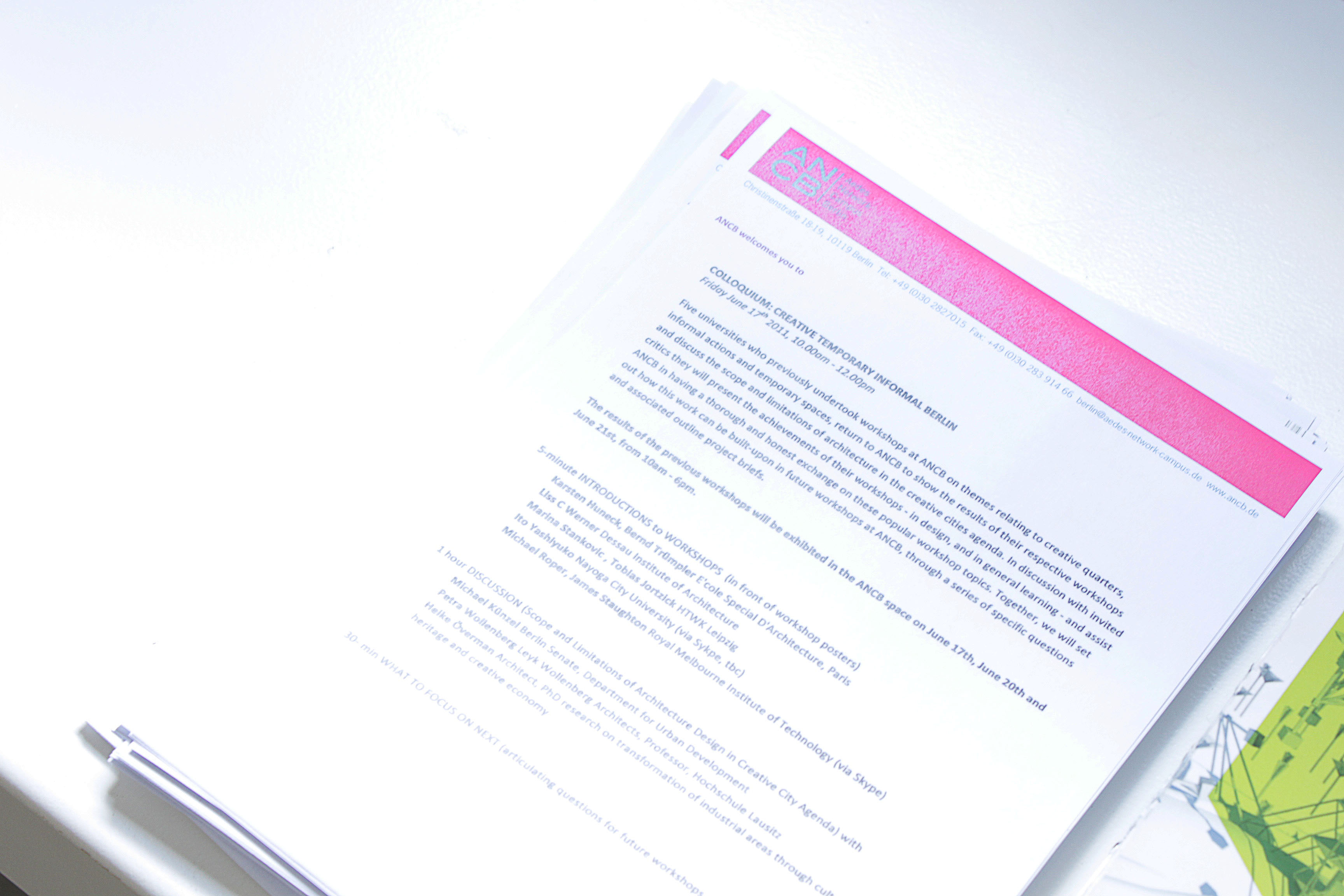 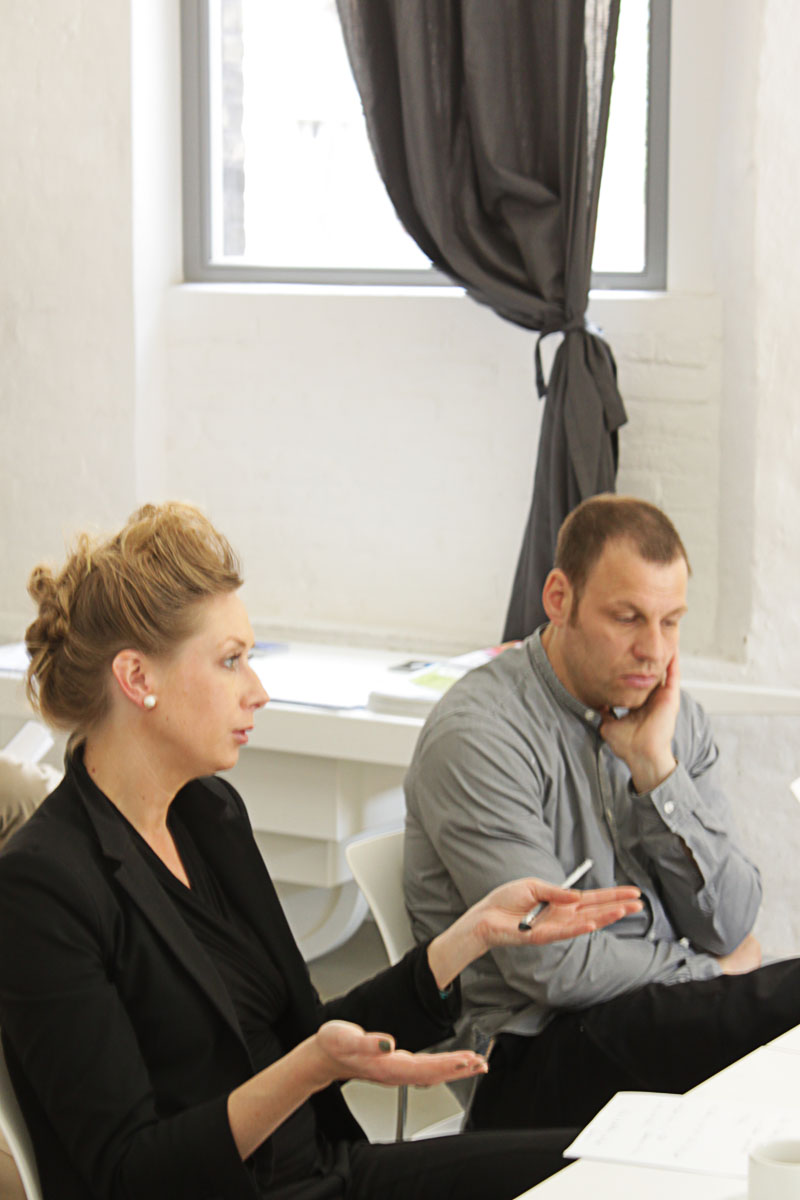